The outbreak of the coronavirus, which has claimed the lives of more than 34,000 people globally, has affected sporting events across the world.

COVID-19, as the disease is officially known, has infected more than 732,000 people worldwide.

Governments are scrambling to stop the spread of the virus, advising against public gatherings. In several countries, people have been cautioned not to shake hands to minimise risks of contamination.

In one of the biggest announcements, the International Olympic Committee and Japan’s Prime Minister Shinzo Abe have postponed the Tokyo 2020 Olympics, originally scheduled to be held from July 24, until next year.

In North America, Major League Soccer, the National Basketball Association and the National Hockey League seasons have been suspended.

Italy, Europe’s worst-hit country, has cancelled all sporting events until at least April 3, as the government places the country in lockdown to battle the virus.

Football in Russia has been suspended until April 10. The Russian league was the best-attended sports competition still operating in Europe last weekend, with more than 33,000 fans at one of its games, but the Russian Football Union agreed to immediately suspend all competitions at a meeting on March 17.

The African Nations Championship 2020 soccer tournament scheduled for April in Cameroon has been postponed indefinitely, the African Football Federation said in a statement on March 17.

This year’s Copa America has been postponed until 2021, the South American Football Confederation (CONMEBOL) said on March 17. The 12-team tournament had originally been scheduled to take place from June 12 to July 12 in Colombia and Argentina.

The Euro 2020 tournament has been postponed until 2021, European football’s governing body UEFA said in a statement on March 17. UEFA said that the 24-team tournament, which was due to be staged in 12 nations across the continent from June 12 to July 12 this year, would now take place from June 11 to July 11 2021.

In England, all elite football has been suspended until at least April 30.

Europa League match between Inter Milan and Ludogorets was played in an empty stadium in Milan, Italy [Emilio Andreoli/Reuters]

The first and second tiers of Spanish domestic football have been suspended for the next two match days, the Spanish football federation La Liga and the players’ union said on March 12.

Germany’s Bundesliga and second division will pause at least until April 2 and possibly beyond due to the coronavirus, DFL CEO Christian Seifert said on March 16.

FIFA and the Asian Football Confederation have agreed to postpone the Asian World Cup qualifying matches in March and June.

In Greece, the Europa League’s last-16 first-leg match between Olympiacos and Wolverhampton Wanderers on March 12 was played behind closed doors.

The top two tiers of French football – Ligue 1 and Ligue 2  – have been suspended until further notice.

In Paris, the Champions League clash between PSG and Borussia Dortmund on March 11 took place in an empty stadium.

The German Football League (DFL) called off matches scheduled for March 13-15 in the Bundesliga and second-tier Bundesliga 2. They recommended that both leagues be suspended until April 2.

In Denmark, players from Brondby and Lyngby are in isolation after they met former international Thomas Kahlenberg, who has tested positive for the virus.

The Swiss league has been put on hold until at least March 23.

All Romanian league matches will be played without fans until further notice.

All Bulgarian league matches in the next two rounds will be played without fans. The Bulgarian Football Union suspended ticket sales for the Euro 2020 qualifying playoff semi-final between Bulgaria and Hungary for March 26.

New seasons in the Chinese, Japanese and South Korean professional leagues have been postponed.

Asian Champions League matches involving Chinese clubs Guangzhou Evergrande, Shanghai Shenhua and Shanghai SIPG have been postponed. The start of the knockout rounds has been moved back to September.

The Confederation of African Football has postponed two rounds of the 2021 Africa Cup of Nations qualifiers scheduled for March 25-31.

An exhibition match between Mexico and Colombia on May 30 at Denver has been cancelled.

The London Marathon, which was scheduled to take place on April 26, has been postponed until October 4.

The Boston Marathon, originally scheduled for April 4, is now expected to take place on September 14.

In Japan on March 1, the Tokyo Marathon, which usually attracts 300,000 participants, was restricted to only 200 elite runners.

The International Olympic Committee and Japan’s Prime Minister Shinzo Abe have concluded the Tokyo 2020 Olympics must be postponed, and held no later than the summer of 2021, the IOC and Tokyo 2020 organisers said on March 24.

After a call with IOC president Thomas Bach, Abe said the July 24-August 9 event would be rescheduled for the summer of 2021 at the latest, as proof of victory over the coronavirus.

The World Athletics Indoor Championships, scheduled for Nanjing from March 13 to 15, have been postponed until next year.

The Azerbaijan Grand Prix became the latest postponement in the calendar, meaning there will be no Formula One races until the middle of June at the earliest.

The race at the Baku City Circuit was scheduled for June 7.

Formula 1 has cancelled the season-opening Australian GP after a McLaren team member contracted the coronavirus. The race was scheduled to take place on March 15.

The Bahrain Grand Prix and the Vietnam Grand Prix have been postponed. Those events were first scheduled to take place on March 20-22 and April 3-5 respectively. 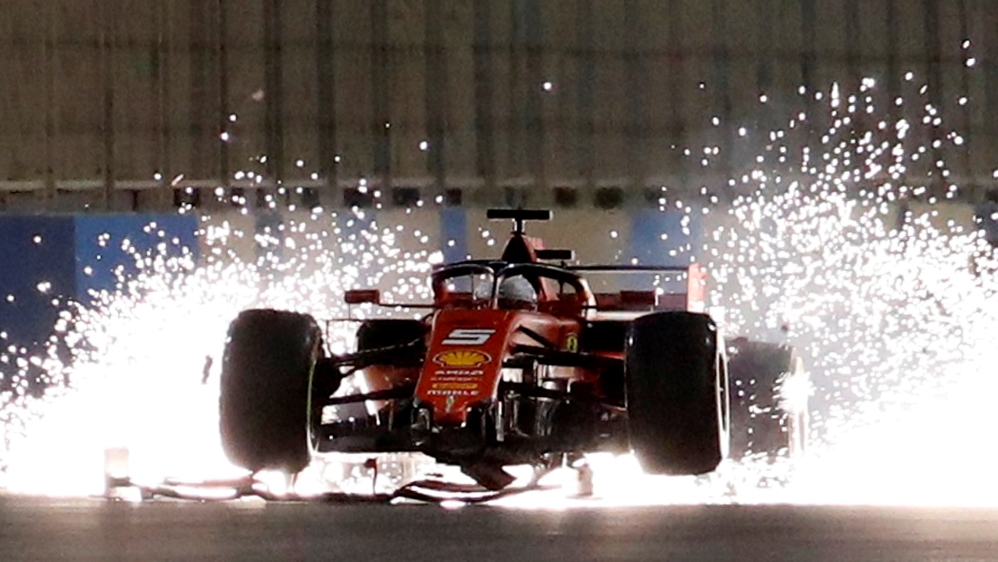 The Bahrain Grand Prix in Manama was due to be held without fans before organisers decided to postpone the race [File: Thaier Al-Sudani/Reuters]

The Chinese Grand Prix in Shanghai, which was scheduled to take place on April 19, was also called off.

Races in the Netherlands, Spain and Monaco in May have all been postponed, the governing motorsport body FIA said on March 19.

The Indianapolis 500 scheduled for May 24 has been postponed until August 23 and will not run on Memorial Day weekend for the first time since 1946.

The professional tennis tour – men’s and women’s – has been suspended until June 7, with all clay court tournaments in Europe cancelled. ATP and WTA rankings have been frozen until further notice.

All ATP and WTA tournaments in the Spring clay court swing will not be held as scheduled.

The French Open has been postponed until September 20 – October 4, organisers said on March 17. The clay court major was originally scheduled to be played from May 24-June 7.

The Fed Cup tennis finals in Budapest have also been postponed.

The revamped 12-team women’s competition scheduled for April 14-19 as well as a series of play-off ties were called off “in response to COVID-19 health concerns”, the ITF said in a statement. New dates have yet to be announced.

There was also disappointment for tennis fans in California as the BNP Paribas Open in Indian Wells was cancelled.

Also cancelled were the Xi’an Open, scheduled for April 13 to 19, and Kunming Open, pencilled for April 27  to May 3. Both events were to take place in China.

The Tokyo Olympic boxing qualifiers for Asia and Oceania were moved to Jordan from China.

However, the European, American and final world qualifying boxing tournaments for the Olympic Games have been suspended, the International Olympic Committee said.

Briton Anthony Joshua’s world heavyweight title defence against Bulgarian Kubrat Pulev would probably take place at the end of the year instead of June 20 at Tottenham Hotspur’s stadium in London as scheduled.

The National Basketball Association (NBA) said on March 11 that it was suspending the season until further notice after a Utah Jazz player tested positive for the virus.

The WNBA draft will be a virtual event this year. The women’s league announced that its draft will still be held on April 17 as originally scheduled, but without players, fans or media in attendance due to the coronavirus pandemic.

In France, the country’s rugby federation said on March 13 that it was suspending all of its competitions due to the outbreak.

At least three Six Nations matches have been postponed.

The women’s Six Nations game between Scotland and France was postponed after a Scottish player tested positive for coronavirus.

The Singapore and Hong Kong legs of the World Rugby Sevens Series have been postponed from April to October.

The opening two rounds of the season in Qatar, which were scheduled for March 6-8, did not go ahead. The Thailand race, due to be held on March 22, has been postponed.

April rounds in Texas and Argentina have been pushed back to November.

The Spanish Grand Prix scheduled for May 3 has also been postponed. It is the fifth MotoGP race to be cancelled or postponed due to the coronavirus.

The world championships in Busan, South Korea, have been pushed back provisionally from March to June.

The April 21 to 26 World Tour Japan Open in Kitakyushu has been postponed.

The Honda LPGA Thailand event and the HSBC Women’s World Championship in Singapore have been cancelled.

The Maybank Championship in Kuala Lumpur and the China Open have been postponed.

The Indian and China opens have both been postponed.

The Evian Masters women’s golf tournament has been moved to August.

The Tour of Flanders and Milan-Sanremo have already been postponed. A new date has yet to be set for the races.

The final two stages of the UAE Tour were cancelled after two Italian participants tested positive for the coronavirus.

Four teams have pulled out of several cycling races in Italy.

The Giro d’Italia start on May 9 in Budapest has been postponed. A new start date will not be determined until at least April 3.

The final qualification tournament for the Olympics in Taiwan has been postponed from April to June.

Japan and South Korea professional league has postponed the start of the new season.

The MLB also delayed its opening day, which was scheduled for March 26, for at least two weeks.

MLB games scheduled to be played in Mexico City and San Juan, Puerto Rico, are cancelled. 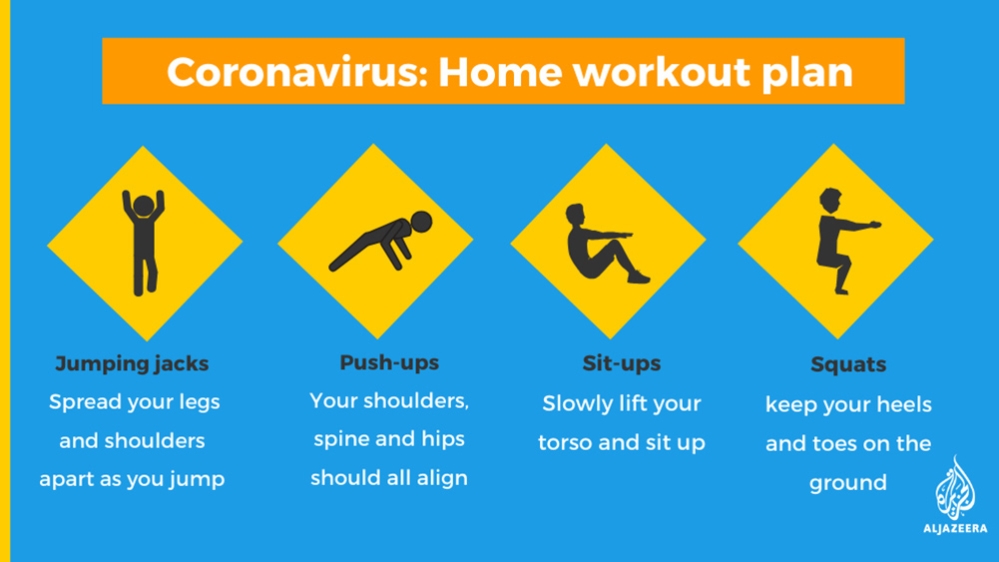 The NCAA organises all sports for athletes in university, an important league that showcases young talent to recruiters for professional sports in the US.

The cancellation extends to all championships scheduled in the spring, including hockey, baseball and lacrosse.

The men’s Cricket World Cup Challenge League A, scheduled to begin on March 16 in Malaysia, has been postponed.

The Pakistan Cricket Board announced that Pakistan Super League matches in Karachi will be played with no spectators in the stadium.

The International Judo Federation cancelled all Olympic qualification events through to the end of April.

The Asian Championships, scheduled to take place in Uzbekistan from April 16 to 25, have been cancelled.

The Women’s World Ice Hockey Championships in Canada have been cancelled.

The World Short Track Speed Skating Championships in Seoul, South Korea, have been postponed until at least October.

The AFL game between St Kilda Saints and Port Adelaide Power scheduled for May 31 in China has been moved to Melbourne.

The National Hockey League, primarily based in the US but with teams from Canada, suspended its season indefinitely on March 12.

The Asian Olympic qualifying event from March 27-29 was moved from Xi’an, China to Bishkek, Kyrgyzstan.

On February 29, Kyrgyzstan withdrew as host.

The Dubai World Cup, one of the world’s richest horse races and a premier annual sporting event in the United Arab Emirates, scheduled for March 28, has been postponed to next year, Dubai’s government media office tweeted on March 22.

The 146th running of the Kentucky Derby has been moved to September 5. It will be the first time the world-renowned horse race will not run on the first Saturday in May since 1945, when it was moved because of World World II.

Badminton’s Thomas and Uber Cup Finals being staged in Aarhus, Denmark, have been postponed from May 16-24 to August 15-23.

Showing True Love: Love is not a mere emotion. Instead, true love requires an action that can demonstrate that love. Affection is an emotion that is only one ingredient of [...]

“Drain the Swamp!” Wow, what an effective political slogan it was in 2016. It encapsulated public frustration with the boggy mess of lobbyists, money-grabbing congressmen, and regulation-making bureaucrats in Washington. Trump was just the one […]