There is a dark side of technology that you have probably become aware of, but you probably are not sure as to what is actually going on. Did you realize that your smartphones are being used and taken advantage of and that your information is being sold to advertising companies? While some companies are trying to prove these things to be false, there is enough evidence that it is all really true.

Today there are academics at Northeastern University who are looking into the conspiracy about whether our phones are actually listening to what we are doing. The study found that while your phone is spying on you, it is probably not in the way that you think.

This study looked at 17,260 Android apps. It was specific to the media files that were being sent. These apps did not in any instances turn on the microphone unless prompted. However, they did send screenshots and screen recordings to third parties. Plus, the researchers claimed that we are really worried about the wrong type of spying. 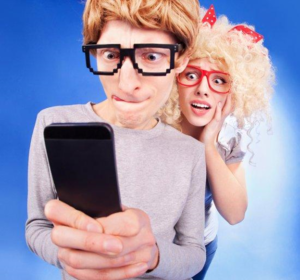 So, while this is something that should concern you, there are bigger things happening technologically that you should really be focused on. Third parties are also using your Gmail and many other sites to reach out to you with advertisements. The main core of truth that you should think about is that you are being taken advantage of and there is nothing that you can do about it.

The new study is opening up with the researchers presenting to the Privacy Enhancing Technology Symposium Conference in Barcelona. Gizmodo drills down and pulls the examples from apps like GoPuff. GoPuff monitors your interactions and then sends your information to an analytics company called Appsee. The part that seems dishonest is that they are not letting the users of the app know that they are doing this with their information. After GoPuff was questioned extensively they did update their policy. They added that “personally identifiable information” would be given to Appsee. In the end, what is the app company hoping most for? It is money, that seems to be the bottom line for everything.

“Our study reveals several alarming privacy risks in the Android app ecosystem, including apps that over-provision their media permissions and apps that share image and video data with other parties in unexpected ways, without user knowledge or consent. We also identify a previously unreported privacy risk that arises from third-party libraries that record and upload screenshots and videos of the screen without informing the user. This can occur without needing any permissions from the user.”

So, basically, you cannot be 100% sure that your phone is not listening to you. You can know for sure the phone is using apps to track what you are doing and taking pictures of your screen to share with advertisers.

How Hackers Take Control of Your Computer system

December 16, 2018 ponirevowebmaster Technology Comments Off on How Hackers Take Control of Your Computer system

I will take you through some important facts on how hackers actually roll and how they can possibly mess you up….Oh yes hackers are very powerful if you allow them to bloom. Your COMPUTER has […]

Protect Yourself From Online Hacking

March 16, 2020 Edgar Reiss Technology Comments Off on Protect Yourself From Online Hacking

Many people believe that some systems are too secure that often they neglect the fact that some updates on both hardware and software programs may decrease ones security features. When one hears the word "hack" […]

Foil Dinner Recipes That Everyone Is Loving Right Now

Preparing dinner for the entire family doesn’t have to be too much hard work, especially when you don’t have enough time on some days. If you don’t have the luxury [...]

The ‘bo nor ni’ hit maker Joe Mettle has just released the pre wedding photo of his soon to come marriage ceremony. Flash Headline: Wendy Shay Disgraced By A Fan After She Posted A Video And […]