When you find a mysterious old book, the challenge within yourself is always whether you should open it and start reading or if you should let it be. If you watch horror movies or read horror books, then you have probably seen what happens when you choose to open an occult book. While you probably have just looked at these as fiction, there are dangerous books out there that have stories surrounding them that are far more terrifying than fiction. 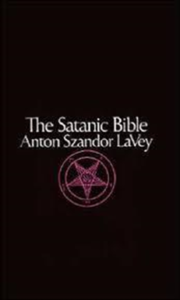 The Satanic Bible is full of rituals for sex, destruction, and compassion. It is broken into four sections: The Book of Satan, The Book of Belial, The Book of Lucifer, and The Book of Leviathan. There are invocations for Satan contained within the book.

#2 – The Codex Gigas by a 13th Century Benedictine Monk

This book is written in Latin and actually weighs 165 pounds. It is 620 pages long and contains a wide variety of different works including how to perform an exorcism and a Bible. There is a rumor that contains all human knowledge. It was written by a single scribe and likely took around thirty years to complete. It is also known as the Devil’s Bible.

READ ALSO:  Journey of Apple From Its First iPhone to the Latest iPhone 7

#3 – The Picatrix by Luber Atratus Edition

The Picatrix contains recipes that mix blood, semen, and urine with opium. It is an obscene and graphic book that uses philosophy, astrology, and medieval science.

#4 – The Voynich Manuscript by author unknown

The Voynich Manuscript has bizarre symbols, working that is undecipherable wording, and naked ladies drew throughout it. There are few who know what it is about, but it is believed that it was written in Central Europe around the 15th century.

#5 – The Munich Manual or Forbidden Rites: A Necromancer’s Manual of the Fifteenth Century by Richard Kiekhefer

This 15th-century grimoire focusses on the exclusively on demonology and necromancy. While most other grimoires are focused on angels and white magic, this one is focused on black magic.

#6 – The Mysterious Book of Soyga by author unknown

This book was a personal obsession of John Dee. It has an intense codex that describes a genealogy of angels, demonology, astrology, and magical incarnations. It actually disappeared in the early 17th century and did not reappear until 1994 when copies were found in the Bodleian Library and the British Library. 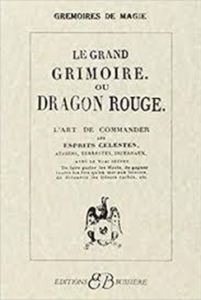 This book is rumored to allow you to summon and make a pact with demons.

Powerful objects are a current trending obsession and it appears that people cannot get enough. There are people who might things that these events are totally fictional. However, there are also those who believe that these objects or books are the only way to communicate with the dead. The books are known to teach a number of things including learning Satanic codes, how to make a pact with demons, manuals, and spellbooks. These all unlock the secret to communicating with the departed or the other energies that surround death.

Symbols and symbolism are popular in almost every civilization, culture and religion that has evolved on Earth. They are deeply venerated and appreciated in the way of our life itself. Symbols do impact our subconscious […]

How Does Learning a Foreign Language Help With Cultural Awareness?

Contrary to popular belief, learning a foreign language is not simply about being able to speak it. It is about understanding and experiencing another culture and society, and, through this, [...]

My name is Sam Shakespeare of Boca Raton, Florida. I am a strong advocate and proponent of medical marijuana. The disparity of laws across the nation are causing unnecessary harm to families. What some American […]