There have been many new releases of the most popular Android phones and iPhones. For iPhone, the newest releases are iPhone 11 Pro, iPhone 11 Pro Max, and iPhone 11. Then for the Android Market, you have the Galaxy Note 10, Galaxy S10e/S10/S10+, Google Pixel 3, OnePlus 7 Pro, Huawei Mate 20 Pro, and LGV40 Thin. Of course, there are other Android phones that were recently released as well. One of the crazy things is that with so many phones, there are huge debates on what the best phones out there are. The verdict that most conclude is that Android is better than iPhone.

Now, just because you are hearing that we prefer Android does not mean that we are saying that iPhones are bad. No, there are just a number of things that we prefer. One is that it is convenient to have an Android phone when you have a Windows-based desktop and laptop. I personally have a lot of all Windows products, which makes Android phones much easier to sync to things. Personally, it is just nice when all of your operating systems work together with ease. There are a few different reasons why I think that the Android phone is better than the iPhone.

READ ALSO:  How to Make Money on WordPress

One of the best things for me about Android is that you have a lot of customization options. If you want to make your phone exactly catered to your needs, then you need to customize it. If you do not like the standard keyboard, then you can download a new third-party keyboard. If you do not like the layout of the phone there is an option to have the layout mimic Windows. These are things that Apple does not offer you.

One of the best things about the Google Store is how it is laid out. It is very user-friendly and easy for anyone (even former iPhone users) to figure out. There are apps for anything that you would like to find. It is also easy to read, and you can see everything you want to. Now, to be honest, the Apple Store is not bad, but the Google Store is a little better. The Amazon App Store does not even come close. Plus, they are better for anyone who wants to become an app developer. 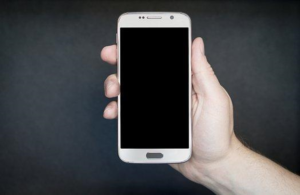 #3 – You Can Expand the Memory

One of the best features of Android phones is that many of them have expandable memories. This means that you can swap out micro SD cards and save all of your information for years to come. Apple has never offered expandable memory for the iPhone. The only thing that you get with an iPhone is between 64GB, 256GB, and 512GB. Let’s look at a Galaxy S7 Edge for comparison. The phone comes with 32 GB of memory. However, for less than $20 you can get a 64GB micro SD card. This gives you 96GB of memory. You can add large microSD cards as well.